(Click the pictures to be taken to transcripts of each memo.  Thankfully, these very uninformed officials were proven wrong many, many times over.)

A Veteran Affairs Canada (VAC) quote which pretty much sums up a very sad situation:

“Black military heritage in Canada is generally unknown and unwritten.

However, black Canadians have a long and honourable tradition of patriotism, sacrifice and heroism in the British, Canadian and American armed forces.”

I do my best to dig up what i can find but it’s always a struggle to find historically accurate information.  Here’s what i could find this year:

My post from Remembrance Day 2007: A Moment of Silence please…

Montreal Star, 1975, feature on Black Veteran Seymour who fought in both world wars: Wounded he went back for more

We’re not the only community struggling to have our veterans’ past service recognized: 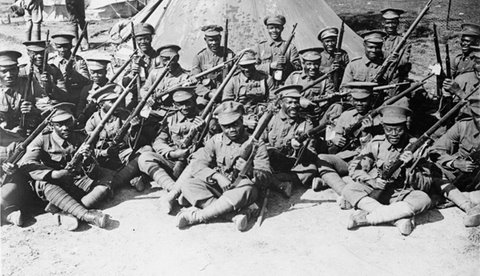 NPR from 2004 (US): Black WWII Veterans Reunite in Normandy

Magazine excerpt (US): The Black Corps of Engineers and the Construction of the Alaska (ALCAN) Highway

I attended the Black History Month launch events at Parliament Hill where there was one of the most detailed displays of the 400+ years of Canadian Black History i’d ever had the pleasure of seeing.  It was scheduled to travel across Canada for the month of February and is now also available online at the Virtual Musuem of Canada.

(Click the picture below to get to the link)